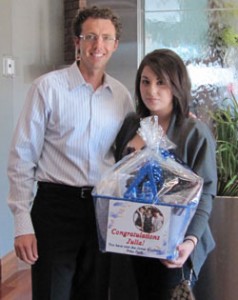 Congratulations to J. De Bartolo, of Bolton, who won the Jonas Brothers Prize Pack which includes two tickets to see the Jonas Brothers on August 30th at the Rogers Centre arriving in style by limousine. Along with the concert tickets, she has also won the autobiographical book “Burning Up” and 3 CD’s.