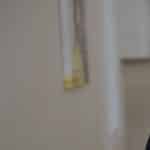 Dr. Greg Vigneux graduated from Biology at the University of Western Ontario. He then proceeded to the University of Toronto where he received his Doctor of Dental surgery. The following year Dr. Vigneux did an internship at the Hospital for Sick Children in Toronto. For the next five years he practiced general dentistry in Ottawa. Dr. Vigneux was on staff at the Children’s Hospital of Eastern Ontario. For his orthodontic training he attended the University of Manitoba where he received his orthodontic specialty as well as a Master of Science Degree. Then he returned to Ontario to start his practice in Orthodontics. Dr. Vigneux has two children, both in University (a daughter and a son). He is currently active in fitness and participates in the gym as well as cycling throughout the hills of York Region.